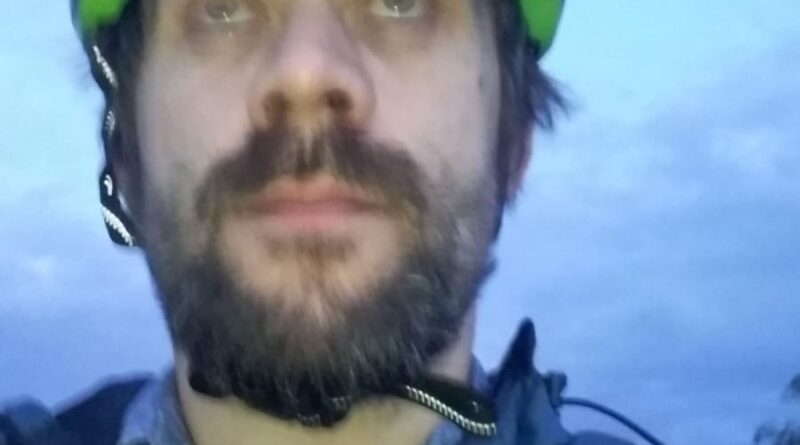 May we also introduce Dominik, who has a lot of exciting ideas and concepts for the program, and is diligently trying to find funding for our endeavor:

Sure. I started with fanzines as a teenager, but at first they dealt only with music. When studying German Philology and Philosophy at university, I immensely expanded my preference for literature. During my studies, I also wrote essays and literary pieces, but then took a long break. Or let’s put it this way: journalistic writing clearly took over. Since 2005 I have been writing for various media, predominantly for the German online mag Telepolis and since 2018 annually for “Das Science Fiction Jahr” at Hirnkost Verlag. With the move to Berlin, my active involvement in science fiction (I also like horror) has increased.

Why are you part of the MetropolCon team?

It excites me to organize an event. I once co-organized a panel in the Black Forest and I want to take that experience to another level with MetropolCon. I also enjoy exchanging ideas with other people about the best literature in the world.

It’s Saturday night at a con: where can people find you?

My first impulse was to write “in the bar.” Definitely that, but at the same time I’d be bent over my notebook, because in the evening after such great events I always write down new thoughts and ideas, or the numbers of new contacts, and I already think of new prose or articles. But if things get too busy for me, I also like to take a short break outside under the stars.

What do you wish for the future of the speculative genres, particularly in Germany?

Writing without blinkers. More interest in speculative fiction, no shying away from contact with realistic concepts! I think it’s the mix, the variety that makes it exciting. There is so much potential in good literature, which in this case is still called “genre.” But perhaps we have arrived in a different era by now. Science fiction is everywhere, not just in the pertinent circles and publishing houses. And I would like it if SF could become more of a mode of perception.

I had to think a bit. But sure – Renfield, the creepy sidekick of Count Dracula. Also congenially portrayed by Tom Waits in the Coppola film. Isn’t he criminally underrated?

You win a weeklong trip to a fantasy/SF world of your choice: Where do you go?

To the desert planet featured in Dune. I’m fascinated by the landscape, but also by the social models that were able to develop on this planet. It’s also a little dangerous, but I’ll stick to the trustworthy characters. I already know the book, a distinct advantage!

One work of speculative fiction (book/film/series/game …) that you would recommend to all of us?

I wanted to say, the stories of Cordwainer Smith. They captivate with idiosyncratic language and plots. Cordwainer Smith was a pseudonym, and the author wrote books on psychological warfare in his other life. He also worked for the CIA. This conflation of the military apparatus and science fiction is problematic. Not very nice. Which is why I’d rather recommend the fascinating novel Brightness Falls from the Air by James Tiptree Jr. Tiptree is also a pseudonym, and after much guesswork it turned out that Alice Sheldon was the person behind it. It’s pretty poetic prose and not necessarily plot-driven. However, that sort of thing appeals to me. Also always interesting is William S. Burroughs’ literature like Nova, which is an early form of cyberpunk. Burroughs was close to the beat poets, who integrated mundane, everyday content and alternative lifestyles into their literature. He developed interesting tools for science fiction through his innovative style, such as the cut-up technique. I also want to list Mark Danielewski’s House Of Leaves as a semi-recent example, which also takes an innovative approach formally. I think formal ideas of this kind could appear much more often in speculative literature. 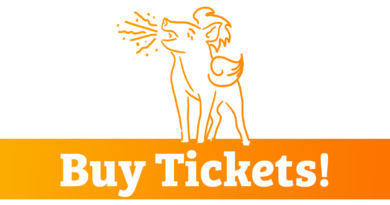 Day tickets and some info on program highlights 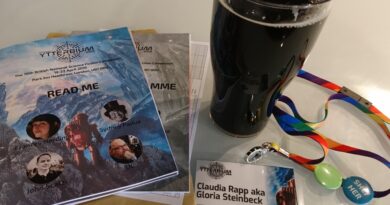 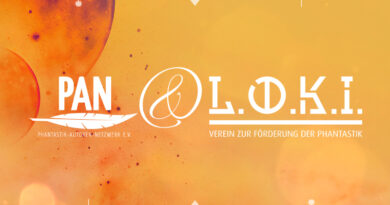